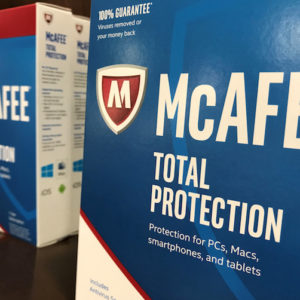 According to Google, this is the same group that targeted emails from Joe Biden’s campaign staff mid-year. They are known by the little name APT 31 for “Advanced Persistent Threat”. Threats were therefore promoted and supported. A group of Chinese hackers launched a series of unsuccessful attacks under the guise of McAfee antivirus software. Aside from this obviously not protecting you, but tricking you into going through GitHub and installing malware instead to extract your information. These techniques are familiar to the regulars, but they pose a risk.

So, warn your loved ones who are less used to technology to pay close attention to their emails. Because even if Google warns the user in the event of a risk, these included messages are more and more convincing. In fact, they aren’t all easy to spot thanks to doubtful spelling or smoky promises. Note that this group of hackers use services like GitHub or DropBox, which makes tracking difficult. Attacks of this type are on the rise in the context of the US election, and Google, like its users, still needs to be extra careful.

Tesla is ending its 7-day money back guarantee

Huawei can order 4G chips from Qualcomm (but not 5G)

Sony announces that there will be no PS5 in stock on launch day!

Messenger and Instagram add messages that are automatically deleted

Orange 5G will be activated in 15 cities on December 3rd