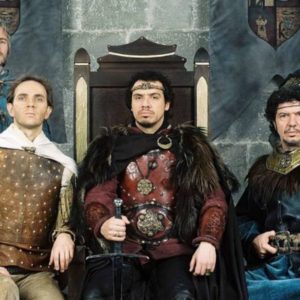 Unfortunately it was expected. Alexandre Astier’s film Kaamelott was postponed for the first time from July 29 to November 25, and this time postponed a second time without a date. Therefore, the film should logically not be released on our screens until 2021. The curfew currently in force in the Paris capital has “forced” the decision of the director, producers and theater operators. The press release published on Twitter also states: “Given the evolution of the health situation and new government measures, the release of the film directed by Alexandre Astier has been postponed.” It is all the more regrettable that the general public had to laugh a little in view of the circumstances (pandemic + attack = great depression). Obviously this is still not the right time …

XIII Remake: The Switch version will be postponed to 2021

Betelgeuse would be closer to Earth than scientists believed

[Coup de gueule] PS5 and PSVR: When Sony pokes fun at gamers who are mostly into VR