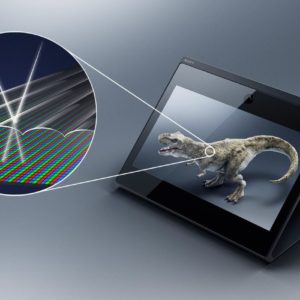 Sony has just introduced the Spatial Reality Display, a 15.6-inch screen that gives an impression of relief without the appropriate 3D glasses. The screen is dominated by a system for detecting pupil movements and the placement of the eyes in front of the screen. An algorithm recovers the data from these sensors to drive an optical microlens. The latter splits the image to get a stereoscopic view (left eye, right eye). The displayed 3D element itself is located in “space” relative to the position of the viewer.

The effect would be particularly noticeable … but of course impossible to communicate via a YouTube video. The screen would already be compatible with the graphics engines from Unity and Unreal Engine. Volkswagen has already ordered several models and we learned that this technology was also used during the shooting of the next film, Ghostbusters (to be released in theaters next year). The Spatial Reality Display should go on sale shortly in the United States for $ 5,000.

Uncharted, the film: the first pictures of the shooting

OVHcloud and Google are merging to form a European cloud

Near future: soon armed forces made up of robots?